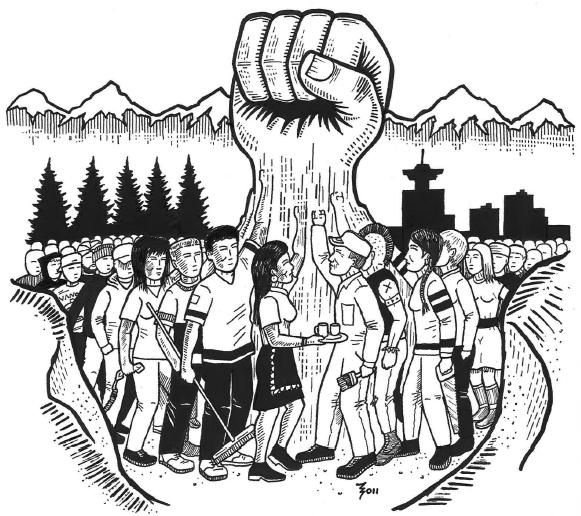 Stores Closed on May 1st for International Workers’ Day

As a show of solidarity with workers everywhere, Olympia Food Co-op will be closing our doors on May 1st for International Workers’ Day. It is important for us as fellow workers to look back on the past 12 months to remember and celebrate the struggles workers around the world have waged this year for better living conditions.

From October 5th, 2021 to December 21st, 2021, members of the Bakery, Confectionery, Tobacco Workers and Grain Millers International Union (BCTGM) held a 77-day strike against Kellogg’s plants in Battle Creek, MI., Lancaster, PA., Omaha, NE., and Memphis TN. They won by approving a new contract with Kellogg’s that makes gains and does not include any concessions.

In Buffalo, New York, workers at the Starbucks locations pushed for unionization, with one store winning the vote and succeeding. This was the first Starbucks location in the country to succeed in unionizing. As of April 20th, 2022, a total of 16 stores voted in favor of unionizing around the county, with locations in Washington, Arizona, Virginia, and elsewhere.

We invite you to learn more about the working class roots of this holiday of remembrance. What started as a three-day general strike in support of the eight-hour workday on May 1st, 1886, eventually led to the police opening fire on the striking workers on May 3rd. The firing and resulting death of up to eight workers led to another rally on May 4th. A bomb was thrown in this rally, and eight anarchists were eventually imprisoned in retribution. The protesters were tried and convicted for murder although the prosecution conceded that none of the eight threw the bomb. It became apparent that the anarchists were incarcerated for their ideas and for being militant labor organizers. Two received life in prison, one received 15 years behind bars, four were executed, and one killed himself in the days leading up to his execution.

While this day reminds us of the continuous struggles working class people and families face around the world against capitalism, it also reminds us these struggles intersect with the ongoing fight for the liberation of people oppressed based on race, sex, gender identity, ability, age, immigration status, sexual preference, ethnicity and religion. May learning and remembering our collective labor history propel us into taking action to create a world where everybody is treated respectfully and equitably in society.

Have a happy May Day!